Advice from the “D-Girl” – Introductions

I have been working with several up-and-coming writers lately, and noticing some common problems in their scripts that detract from otherwise great concepts. In real estate it’s location, location, location; in writing for television it’s character, character, character. Strong, unique characters can sell a script with a well-worn concept, such as yet another family soap or buddy cop show. Generic, underdeveloped characters make even an intriguing concept feel like it lacks sufficiently deft execution to be marketable. Yet, many writers make some basic mistakes when it comes to writing their characters.

First, a script is not a play – paragraph-long character descriptions on page 1 aren’t going to cut it. In fact, most executives will just skim those chunks of text. If the writer wants to indicate what characters look like, that’s fine (even references to “dream cast” are ok), since the eventual audience will know the look of the characters from promos even before they decide whether or not to tune in. But they will not be provided a nifty sheet with character descriptions, or a chart outlining the characters’ relationships, so all that better come through what’s on the page in terms of action and especially dialogue. A fifty year old Irish mobster from Brooklyn ought to talk differently from a Latina Millenial in East LA, and I should be able to discern who they are by “listening” to them. In fact, even if ALL the characters are Latina Millenials, they are NOT the same people. A shy woman talks differently from an outgoing one, a corporate workaholic differently from the owner of a biker bar. In really good scripts, I don’t need to read the dialogue headings that identify which character is speaking which lines. I know I am impressed with the quality of the writing when I stop reading those altogether, because if I just hear the lines spoken in my head, I can tell who is speaking. That’s what we are going for.

That said – if this is not already obvious – NAME characters. Even the more minor ones. I am shocked by the number of scripts in which “Father,” “Man in Dark Suit,” and “Mob boss” make regular, multi-scene appearances. OK, if someone has one line, “hotel maid” or “waiter” are perfectly ok to identify characters. “Goons” with no lines whatever who get gunned down right after they appear are likewise fine to go unnamed. Occasionally, “Man in Dark Suit” does work, even if we see the guy sprinkled through the script, if the whole point is that we don’t know who this person is. But the lead’s father ought to have a name besides “Father,” especially if  in a scene they have an argument. “Mob boss” should also have a name, if he turns out to be the main antagonist – if only in one closing scene. In general, any recurring character MUST have a name, unless they are specifically a mystery person to be revealed later. In part, when a character doesn’t have a name, I suspect – usually correctly – that the writer hasn’t developed a unique personality for them either. So they aren’t really a character – they’re just a placeholder. And of course, characters must be named in dialogue, or the viewer – who doesn’t have the benefit of having read the scrip – won’t know who they are. I always read from the point of view of the audience, so anything in the script the audience couldn’t possibly know, I pretend not to know.

Along with names, brief descriptions of traits that distinguish even minor characters can go a long way toward drawing the audience into a script. It creates the impression that the show is populated with real people, not “types.” Finally, of course, someone will have to cast this – and interesting tidbits about even minor characters make the reader start to imagine actors playing those parts.

Ensemble dramas are even more popular now that single leads, as serialized (having one continuous plotline rather than closed-arc episodes) have become more the norm than the exception. Short orders – 10 or 13 episodes – are also becoming ever more commonplace, even on network TV. There is one key to making a pilot script for an ensemple show work: introducing characters two or three at a time in scene after scene, linking one character from one situation and group to the next to establish relationships. Have you ever tried to meet 20 or 30 people at once at a party and remember who each of them is and their names? Or sat in a big circle in a writers group or community organizing meeting and had everyone “introduce” themselves (you know, say your name and something interesting about yourself)? We all joke “there will be a quiz at the end,” because if there actually was, we’d all fail. A script is not so different. In one particularly heinous example, the writer literally tried to introduce his entire cast of 24 people in the opening sequence at a party. By the end of the first five pages, I had given up on the whole project.

There is an art to making introductions, of course, which in screenwriting is part of what we call exposition. Exposition is hard, because it’s a priori boring. Catch 22: until we come to care about a character we don’t care about the character – apathy is the Peak TV audience’s default position, not, as some mistakenly assume, interest. So the writer has to generate interest, which by default means conveying information to the reader in a form that feels “organic,” meaning it doesn’t feel like a scene exists purely as a device for conveying information to the reader.

Exposition roughly falls into two categories, the aforementioned character introductions, and what is sometimes called “setting the table,” which is shorthand for setting up the place, time and milieu in which the action takes place – but that is the subject of another post. Perhaps the most commonly used device in television for introducing both is the “newcomer,” a person who is coming into the situation of the show for the first time and must meet everyone and see everything from the same point of view as the audience. This works well, because it feels natural for people to introduce themselves to someone they have never met before, and it feels natural for a person to be asking questions about a new situation they have just stepped into. Of course, the writer still has to generate interest in this character! One preferred place for accomplishing this is in a teaser, in which our lead finds himself/herself in a very tense or odd or challenging situation, where they do something highly unusual which grabs the audience’s attention.

What does not work, and I see this all the time even in some produced shows, is having characters convey expository material by having conversations in which both characters are well aware of all the information being said. A couple who divorced years ago don’t have a conversation about why they split up, on what seems to be an average day with nothing unusual happening. Family members don’t start discussing long-held secrets for no apparent reason one morning. People who work together don’t discuss what their company does in general terms as if “updating” one another on what they’d both know. The topic would need some kind of trigger, like some conflict, some revelation, or some change in the status quo.

Another simple problem I notice in scripts – and yes, details count – is attributable to ageism. The is of course ageism in Hollywood, but that doesn’t mean we all must perpetuate it to sell a script. I see too many writers who mistakenly believe that all characters must be under 50, and therefore give their characters completely unrealistic ages or don’t imagine their characters aging in real time. A 40-ish spy did not work for the CIA in Eastern Europe in the early 70’s. If in a flashback to three years ago a main character was a 9-year old skateboarder, then he is not now in his 20’s trying to buy a bar. If the lead is a rebellious 18-year old, and her mother is a sexy 32-year old, who was married in a fairy-tale wedding on the family estate just a couple of years before having her baby, the family is pretty damn fucked up. If a character’s family has a curse put on it during the 1850’s Gold Rush, the guy being cursed is not the 30-something character’s grandfather, unless miracles of Biblical proportions are also part of the script. Believe it or not, these are all real examples I have encountered – and they are all attributable to writers wanting to keep their characters in that magical 18 – 49 bracket, come hell or high water.

Even writers who have heard much of this advice sometimes need to be reminded – or have unintended problems pointed out in their early drafts. Particularly when writing a pilot, there is so much to keep in mind, so much to execute, so many masters to serve, that one can easily lose sight of the most important thing: character, character, character.

If you could use an experienced reader to take a look at your script and guide you toward the next step, please Contact Us! 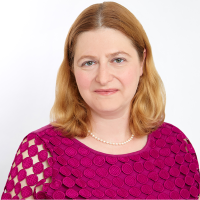